A Brief Guide to the Body's Aerobic System 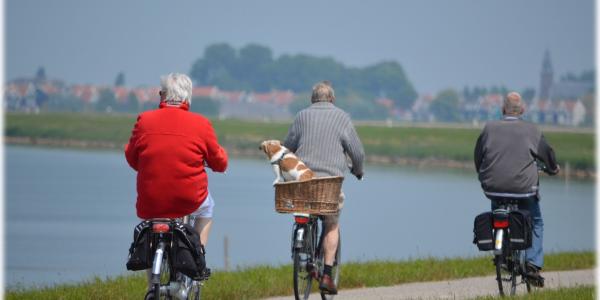 Aerobic exercise is a cornerstone of physical wellness. Learn more about the function of the aerobic system and the role it plays in supporting good health.

This is part two in a four part series covering the basic components of fitness. Check out part 1 on strength training, and keep an eye out for parts three and four, which will cover flexibility and speed/power.

You can’t see them, but inside your cells, there are millions of tiny power plants. They use the food you eat, combined with the oxygen you breathe, to produce the energy you need to move. Although you may not realize it, your aerobic system is hard at work- powering the body forward as efficiently as possible. Whether you’re going for a casual dog walk or competing in the Olympic Marathon, you are engaging the body in one of the foundational components of movement: aerobic exercise. Running, cycling, swimming, and walking are a few classic examples. This article will explain how the aerobic system functions, adapts with exercise, and helps power your movement.

Aerobic Exercise is broadly defined as “any type of exercise performed at moderate levels of intensity, for extended periods of time, that maintains an increased heart rate.” While this typically refers to endurance activities (walking, running, swimming, etc), any movement can be aerobic in nature- so long as it can be sustained. In aerobic exercise, oxygen is used to create a metabolic reaction in your cells. This reaction produces the cellular energy required for the body to move.

The root ‘aero’ means “relating to air,” in this case, we are referring to oxygen. The Greek word ‘bios’ refers to living organisms. Thus, ‘aerobic’ can be applied to any life form that relates to, involves, or requires free oxygen to function properly.

For humans the aerobic process begins with breathing. When you exercise, the body demands more oxygen than it would while resting. As a result, your breathing must increase to keep up with demand. At rest, adults typically inhale about 12 liters of air per minute. That number can jump to over 100 liters per minute when exercising. Our atmosphere is approximately 20% oxygen, so the oxygen that we need to function must be processed by our bodies first. When you take a breath, the lungs fill with air. That air is filtered through small tubes called bronchioles. The filtered air passes the bronchioles, eventually reaching thousands of microscopic sacs called alveoli. Inside the alveoli, Oxygen is diffused and begins to enter the bloodstream. The freshly-oxygenated blood travels to the heart, where some is used and the rest is sent along for reassignment.

During exercise, our hearts increase the rate and volume at which blood is being circulated through the body. This is an effort to send more oxygen to our muscles, which need the oxygen to continue producing energy (more on that later). After the heart has used the oxygenated blood that it needs, it pushes that blood through the circulatory system, sending it to the muscles, tissues, and organs that need fresh fuel. Each time the heart beats (up to 100,000 times per day!) it sends blood circulating through the body. Blood carries oxygen and other life-sustaining nutrients through the body at a rate of 5 liters (1.3 gal) per minute.

The heart is a muscle, and like all muscles, it becomes stronger with training. This is good news for folks that haven’t been as active as they’d like, but want to get moving again. Aerobic training increases the diameter and mass of the heart, allowing it to pump faster and more efficiently. As a result, there is an increase in the amount of blood that the heart pumps with each beat. The amount of blood pumped per beat is called the ‘stroke volume’. A higher stroke volume means that the heart won’t need to pump as quickly to meet the demands of exercise. This is why well-trained athletes have lower resting heart rates than their non-trained peers.

Your cells are already storing fuel, in the form of fats and carbohydrates that you’ve eaten. Once oxygen is introduced into a cell, it causes a chain of chemical reactions that lead the mitochondria to burn the fat/carbohydrate fuel stored in your muscles. This ‘burn’ produces adenosine triphosphate (ATP), which is the basic energy carrier for all cells. This mitochondrial ‘engine’ is just one of millions working in sync to drive your body’s movements. On the cellular level, aerobic activity elicits a boost in both mitochondria activity and quantity. The number of mitochondria that a person has can be increased by as much as 50% with training. More mitochondria leads to more energy production, allowing you to move further and faster.

When we exercise, our muscles become more efficient at consuming oxygen and converting it to useable energy. One of the body’s natural reactions to aerobic stimulation is an increase in oxygen-transporting enzymes, which carry oxygen out of the bloodstream and into the muscle. The adapted muscles have an easier time transporting and consuming oxygen molecules, providing the exerciser with improved endurance.

Improving the aerobic system has numerous health benefits. In fact, aerobic function one of the oldest and most understood areas of exercise physiology, with an overwhelming body of evidence supporting the case for aerobic exercise. Improved heart health, better immune function, lower blood pressure, and a boost in mood are just a few examples. The good news is, anyone can reap the benefits of improved aerobic function, regardless of age, gender, or current fitness. If you’re ready to start, begin with small steps. For example, you may go out for a 10-minute walk in the morning and another 10-minute walk after dinner. As the days progress and your fitness improves, add a few minutes and gradually increase your pace each session. Cross Country skiing, group fitness class, swimming, water aerobics, hiking, cycling, and rowing are a few other effective (and enjoyable) ways to build aerobic function. As always, check with your doctor before starting an exercise program, especially if you have existing health conditions. Ready to take the next step? Check out MSU Moves’ articles, resources, classes and more at http://www.health4u.msu.edu/msu-moves

The connection between exercise and sleep is very real. This article examines current research, and how your everyday activities may be influencing sleep patterns.

Physical Literacy: The Foundation for a Life of Movement

Early development of physical literacy is linked to future success in sport and activity participation. In the long run, establishing active habits in children sets them on the path to happier and healthier lives.

END_OF_DOCUMENT_TOKEN_TO_BE_REPLACED 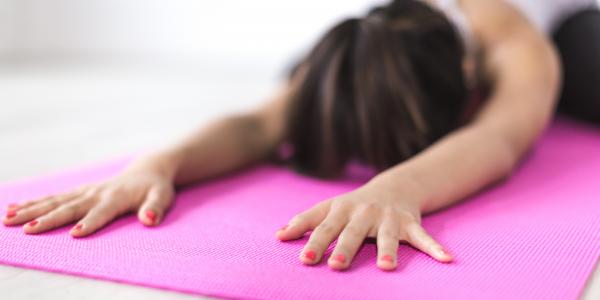 Bend, Not Break: The Importance of Maintaining Flexibility

You may not think about it often, but flexibility impacts our everyday lives. Learn more about the physiology of flexibility and why you should consider making stretching part our your routine.

END_OF_DOCUMENT_TOKEN_TO_BE_REPLACED 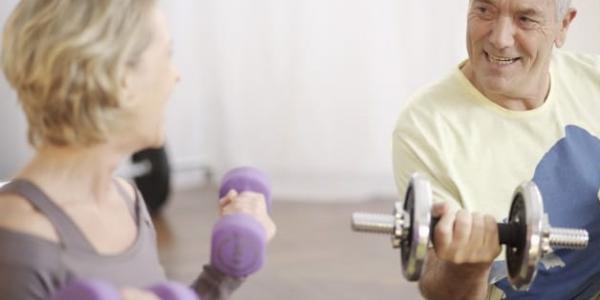 If your workout doesn’t include strength training, you’re missing out. Strength training can ward off age-related muscle loss, keep your bones strong, promote mobility and function, and even help combat depression and cognitive decline.