There is no doubt that drinking alcohol is often associated with a range of emotional experiences for people. In fact, many report that low-risk drinking can improve their mood. However, recent research has shown that many adults drink alcohol in order to help them cope with emotions or situations that they would otherwise find difficult to manage (Caselli et al., 2015). Simply put, people drink to help them feel better.

Drinking and Depression
People have used drinking as a way of coping with worry and upset throughout the entire course of human history... or at least since the invention of alcohol! They "self-medicate" as a way of alleviating the negative feelings that crop up in life, and at times, it actually works. Because alcohol does in fact alter the chemistry of the brain, many people do experience a lessening of negative feelings after having a few drinks. For example, if someone feels anxious about being in a group of people at a party, a drink or two will affect that part of the brain that is associated with inhibition, and will (initially) help them to feel more relaxed. Case closed, right?

Not so fast. There are two problems with this. First, drinking to feel less anxious could lead to depletion of the neurotransmitters our brains use to reduce anxiety naturally (Banerjee, 2014). The more we drink, then, the more alcohol we need to feel less anxious.

Suicide is also linked to heavier alcohol use. Several studies have found high rates of alcohol blood concentration among those attempting suicide (46% to 77%) and those completing suicide (29% to 38%) (Hufford, 2001; Conner et al., 2014). Additionally, intoxicated people are more likely to attempt suicide using more lethal methods, and alcohol seems to be a significant factor in suicides and suicide attempts among people with no history of psychological difficulty or mental health concerns (Pompili et al., 2010; Conner, 2011).

Memory and Your Brain
Alcohol can also damage the memory and overall functioning of the brain. After a few drinks, your brain begins to slow down by the effects of alcohol, and your memory gets worse. Drinking a lot more alcohol can lead to short-term memory failure, or "blackouts." Drinking heavily over a long period of time can also have long-term effects on memory, making it harder to recall old memories, or even laying down new ones (White & Hingson 2013).

Risks to Physical Appearance
While we here at University Physician's Office would emphasize that one's character is always more important than physical appearance, it is true that most of us have at least some awareness of our outward appearance. Here are a couple of effects that regular drinking over the recommended limits can have on your looks:

Now that we have a better understanding of the risks that drinking over the recommended guidelines can have on our physical, mental, and emotional health, we may want to spend some time looking at dependency. To learn more about dependency click here.

END_OF_DOCUMENT_TOKEN_TO_BE_REPLACED 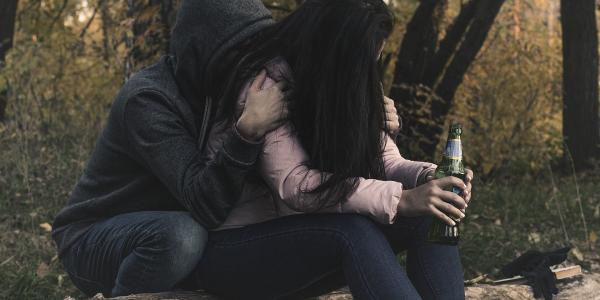