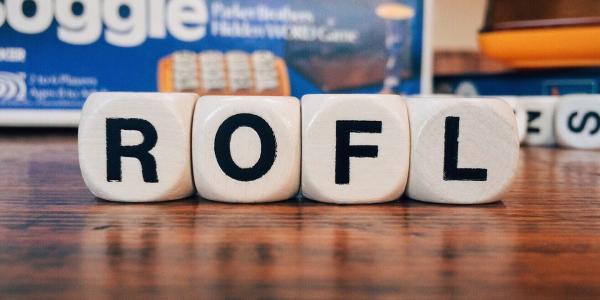 Acronyms that facilitate awareness in sobriety.

I really stink at memorization; which is really unfortunate when a good amount of success in school is based on how well one can regurgitate information come test time. I struggled with this for a bit until I found that acronyms worked for me. What is an acronym? Well, The English Oxford Dictionary defines it as “An abbreviation formed from the initial letters of other words and pronounced as a word”.

One of the first acronyms I can remember using is HOMES (Huron, Ontario, Michigan, Erie, Superior). HOMES helped me recall all five of the Great Lakes in Mrs. Foley’s fourth-grade classroom. I’m an anxious test-taker to begin with, so having acronyms really helped ground me so I didn’t get overwhelmed with anxiety while I was trying to pass my geography test.

Acronyms can show up in many areas of life. They can be used to remember concepts from geography, math, grammar, to sobriety as well. When I was in graduate school and interning at a facility that served people struggling with addiction, I was learning all kinds of new concepts related to sobriety and living in recovery. Many times these concepts were presented as acronyms, and I was like, “Yes you folks are speaking my language!”

During that time and over many years of practice, I have come across and been taught additional recovery acronyms. If you happen to be thinking about or are on your path of sobriety, you know that many times it can be overwhelming and anxiety can creep in. Because of this, I wanted to share some of my favorite recovery acronyms with you. I hope that they can serve as a tool to help ground you during difficult times.

• HALT (Hungry, Angry, Lonely, Tired). HALT is a handy acronym for feelings that may prompt you to pay more attention to your mental state. Aside from its meaning, “stop,” HALT stands for the following triggers: Hungry, Angry, Lonely, and Tired. Being aware of these feelings, what they mean, and the role they play in urges to use substances can be really helpful.

• FEAR (False Evidence Appearing Real). FEAR is often a component of recovery. People starting to live a life of sobriety often don’t know what to expect, and how to handle unpredictable situations. This is only natural, but sometimes fear can be self-generated. Fear can appear real even though it may have no genuine substance, often arising when we feel threatened or undermined. This can cause one to revert back to old behaviors such as the use of substances. The work here is to recognize fear when it arises and learn to be with it, rather than react to it.

• FINE (Feeling Insecure, Numb, and Empty). When someone asks us how we are feeling and we respond with “fine”, sometimes we are not always fine. In my experience working in recovery, “fine” can mean many things. It can mean “leave me alone”. Fine can also mean “I don’t know how to be vulnerable”, or “being vulnerable isn’t safe or comfortable for me”. FINE is a nice reminder to really work to not disguise what you are feeling and talk about your emotions rather than blunt them by using substances.

• SLIP (Sobriety Lost Its Priority). The Slip acronym refers to just that-a slip. Relapse is an expected and often inevitable part of working to live sober. Addiction is generally developed over time, and the impulses to use don’t just disappear in the blink of an eye. When working with people in recovery I often talk to them about working their program. Because staying sober is work. Sometimes a slip or relapse can happen when folks stop making sobriety a priority in their life. They stop attending their programs or support groups. They stop being spiritual and taking care of themselves. Old behaviors emerge and they begin to reminisce and romanticize periods of their substance use. Whatever the reason, SLIP is a helpful acronym to remind folks to keep sobriety a priority.

• DENIAL (Don’t Even Notice I Am Lying). Denial defined by Merriam-Webster is the “Refusal to admit the truth or reality of something”. Denial is often used by people with addictions as a defense mechanism. The use of denial can be intentional as well as unconscious. Denial is often used by folks because they do not want to feel helpless, out of control, or lose the coping mechanism (substances) that they utilize for life stressors. The acronym DENIAL is a good reminder for people to face the actions and behaviors that contribute to their use. Step 1 of the 12 steps of Alcoholics Anonymous states that “We admit we are powerless over our addiction and our lives had become unmanageable”. The first step actively works to break through the defense mechanism of denial that can often be a barrier to living sober.

• HOW (Honesty, Open-mindedness, Willingness). HOW refers to how to practice living sober. Frequently, addiction does not lend itself to honesty, open-mindedness, or willingness. The acronym HOW reminds people to work to be honest, stay open to suggestions or new ways of doing things, as well as letting go of reservations, and being willing to engage in the process of recovery.

If you happen to be a person who is thinking about recovery, or is in active recovery, I hope you have found the acronyms helpful. I find these acronyms help people recall key concepts of sobriety including: honesty, self-care, practicing vulnerability, breaking down unhealthy defense mechanisms, as well as being open and willing to do things in different ways.

Also, if you are an MSU employee, spouse, or benefits-eligible family member of an MSU employee and would like to discuss acronyms, or sobriety for that matter, please feel free to contact the MSU Employee Assistance Program to schedule a discussion with a licensed professional today.