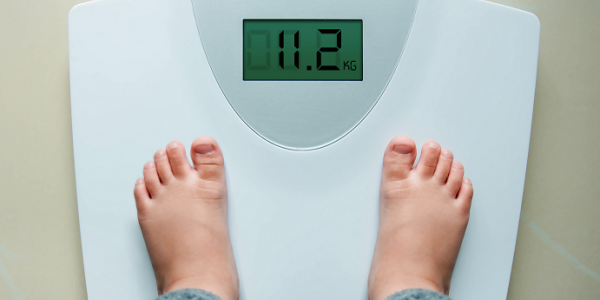 Talking to kids about diet or about weight...it may seem like a good idea, and may even be the advice from a reliable source. While well-meaning, encouragement to diet passed along from parent to child can have unintended and lasting consequences.

Katherine remembers it as if it happened yesterday. She was seven-years-old, sipping a glass of lemonade, when her mother warned her about empty calories. “I didn’t know what ‘empty calories’ meant but I knew it was bad.” Her mother advised her to “police what you eat because of your body.”

Warning a child about lemonade and its effect on body and weight seems harmless enough. Lots of parents tell their children to be careful what they eat and to watch out for bad foods. An estimated 40 percent of parents go so far as to encourage their children to diet or to watch their weight. While parents have the best of intentions, their diet talk may be harmful. Several studies have revealed that parent encouragement to use restraint with food and beverages is associated with dieting and other dangerous weight control behaviors such as use of diet pills, laxatives, cleanses, throwing up, and fasting in children and adolescents. It’s also associated with low self-esteem and poor body image.

In March 2018, the latest findings from Project Eating and Activity in Teens and Young Adults (Project EAT), a longitudinal study conducted by researchers at the University of Minnesota, was published in Pediatrics. Project EAT has tracked 556 young people for 15 years, from adolescence to young adulthood. The researchers found that the adolescents who experienced parent encouragement to diet were significantly more likely to be overweight or obese than adolescents who did not receive parent encouragement to diet. Encouragement to diet from their parents led teens to practice restrained eating, binge eating, and use of dangerous weight control behaviors not only in their adolescence but also when they were parents themselves. And they were more likely to report weight-focused talk in communicating with their own children.

What’s a parent to do?

A full year since beginning nutrition counseling to recover from her own dieting behaviors, Katherine has changed her eating attitudes. She now eats in an internally regulated way. She has improved her physical self-esteem describing her body as “capable and strong.”

Learning about the intergenerational nature of dieting has softened Katherine’s perspective of her mother. “I’ve developed intellectual compassion for my mom and her mom. They didn’t know any better. It has to stop somewhere and that can be me.”

To talk to our registered dietitian about your relationship with food and weight, call Health4U to schedule an appointment for a nutrition assessment.

Kids don't need to diet. Ever.

How to protect your children from food and body shame. And from the harmful practices of diet-leader.

END_OF_DOCUMENT_TOKEN_TO_BE_REPLACED
The Truth About Diets

Dieting is glamorized and normalized. Weight loss is portrayed as harmless, even helpful. In this article, I make the case for not dieting. Yet, you may be left with the dilemma: If not dieting, then what? There’s help for that. Read on…

END_OF_DOCUMENT_TOKEN_TO_BE_REPLACED
The Truth About Diets

Start the New Year by losing the dieting mentality.