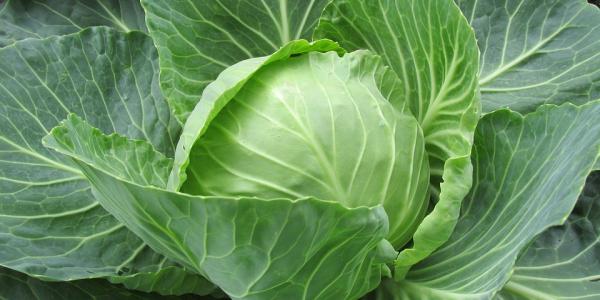 A nutritional bargain any time of year, cabbage is a particularly good deal during the winter months and on into the early spring, when the supply of fresh vegetables is waning.

The cabbage family of vegetables are known as crucifers, a name derived from their cross shaped flowers. The cruciferae family is distinguished into three groups:

Our recipe this month is a cabbage salad, or coleslaw. The word coleslaw is derived from

Cooked cabbage gets a bad rap for its strong smell. Well, blame the cook, not the cabbage. The strong odor is the result of overcooking. Cabbage contains isothiocynates that break down into smelly sulfur compounds during cooking. The reaction is even stronger in aluminum pans. Cook just until tender, a few minutes, in a stainless steel pot.