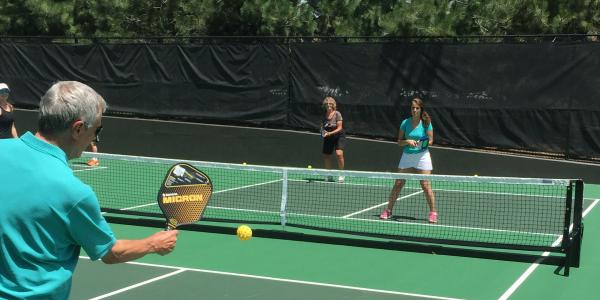 Pickleball may be the fastest-growing sport in America. This mix of tennis, badminton and ping-pong is a great workout that rewards player's skill and tact, rather than athleticism. Learn more about the game and how you can participate!

Summer, 1965. A 35-minute ferry ride across the Puget Sound separates bustling Seattle from idyllic Bainbridge Island. On a Saturday afternoon, friends Joel Pritchard, Bill Bell and Barney McCallum are returning from a round of golf. They arrive at Pritchard’s home and find their families gathered, bored and restless. Pritchard gets to work assembling the backyard badminton set- only to discover that the shuttlecock is missing. With a bit of quick thinking and improvisation, Pritchard locates a whiffle ball, fashions crude paddles out of plywood and voilà, a new sport is born.

This was the genesis of Pickleball, a burgeoning game that combines elements of Tennis, Badminton, and Ping-Pong. Pickleball resembles a scaled-down game of tennis - or a giant game of ping-pong. Played on a court 1/3 the size of a regulation tennis court, Pickleball is especially popular with folks who are still active and competitive, but may not be able to cover as much ground as they once could. The sport combines skilled gameplay with agility, coordination and stamina, and is a great form of moderate-to-intense physical activity.

Pickleball has seen tremendous growth in the last decade, in part because it is a game suited for all ages and ability levels. The rules are simple and the game is easy for beginners to learn. As players become more experienced, the game can develop into a lively, fast-paced competition. As a result, it is being introduced into PE classrooms, recreation centers, and retirement communities across the country.

Legend has it that the game was named ‘Pickleball’ after the Pritchard’s dog, Pickles. However Joan Pritchard maintains a different account, which she recounted in a column she penned for the Parkersburg, (WV) News and Sentinel:

“The name of the game became Pickleball, after I said it reminded me of the Pickle Boat in crew (rowing) where oarsmen were chosen from the leftovers of other boats. Somehow the idea the name came from our dog Pickles was attached to the naming of the game, but Pickles wasn’t on the scene for two more years. The dog was named for the game, but stories about the name’s origin were funnier thinking the game was named for the dog.”

Pickleball can be played in a singles or doubles format, and is generally regarded as a user-friendly sport that favors players with paddle control and keen strategy, versus pure athleticism.

Similar to tennis, badminton and ping-pong, players use a paddle to strike a ball over the net, where their opponent waits to return the shot. Players score points when the opponent is unable to return the volley. The game is typically played with a whiffle ball, which allows for precise spin and shot control. Pickleball can be played indoors or out, on a court that is the same size as a doubles badminton court- 20’ × 44’. The same court is used for both singles and doubles play. The net height should be set to 36 inches at the sides and 34 inches in the middle. The playing surface is striped similarly to a tennis court, with right and left service zones. Courts can be constructed specifically for Pickleball or they can be converted using existing tennis or badminton courts. A rules summary and court layout diagram can help ease the learning curve.

Paddle: Pickleball paddles are smaller than a tennis racquet but larger than a ping-pong paddle. Today’s paddles are made from a variety of materials including wood, plastic, graphite and aluminum. Lightweight plastic paddles are recommended for beginners, as wood paddles tend to be heavier and more difficult to control.

Ball: Similar to whiffle balls, Pickleballs are lightweight, plastic, and have holes. There are differences between indoor and outdoor pickleballs, so make sure to look for the appropriate ball for your playing needs. There are also USA Pickleball Association (USAPA) sanctioned balls for official tournament play.

Apparel and footwear: While there is no set dress code for Pickleball, general athletic apparel is the norm. Wicking t-shirts, shorts, and sweats are standard options. Tennis attire is also a good choice for the Pickleball court. Comfortable tennis or athletic shoes are essential for Pickleball players.

In the greater Lansing area, there are several opportunities for Pickleballers to get their fix. This database, hosted by the USAPA, displays the parks and fitness centers in the Lansing area that offer Pickleball. Please note that some courts are free, while others may require a fee for entry:

The Greater Lansing Pickleball Facebook page is a resource that maintains up-to-date news and information relevant to the Lansing area. This is a great place to find upcoming tournaments and training programs, as well as gameplay tips:

Now in its 13th year, the ‘Worldwide Survey of Fitness Trends’ is a survey that discusses anticipated trends in the health and fitness market. See what made the list for 2019 and how you can join the movement!

END_OF_DOCUMENT_TOKEN_TO_BE_REPLACED 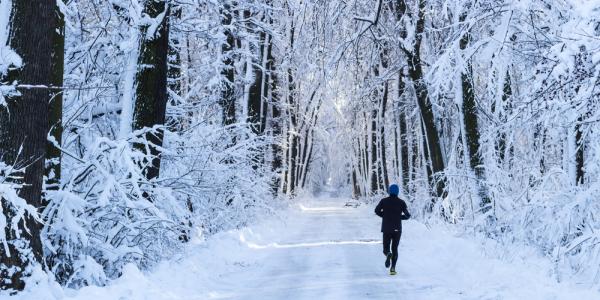 It's Winter. Time to Get Out and Go For a Run!

END_OF_DOCUMENT_TOKEN_TO_BE_REPLACED 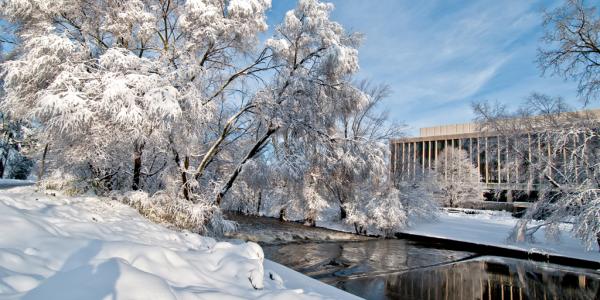 Embrace the Elements and Get Outside this Winter

With a little planning and a good attitude, you can stay active outside this winter- and actually enjoy it!

END_OF_DOCUMENT_TOKEN_TO_BE_REPLACED 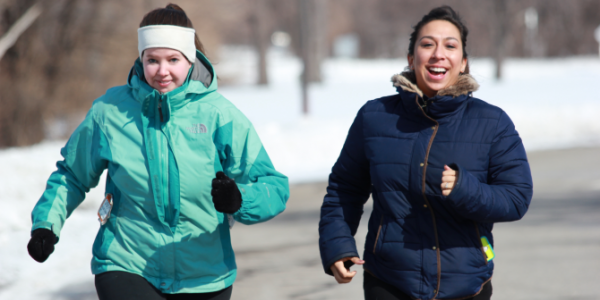 Register for the Blue Cross Winter Warm Up couch-to-5k training program and get moving toward your 2019 fitness goals!

Have fun reaching your health goals in 2019 with this free program offered by MSU Moves, the Playmakers Fitness Foundation, and Blue Cross Blue Shield of Michigan