Cultivating Psychological Safety in the Workplace 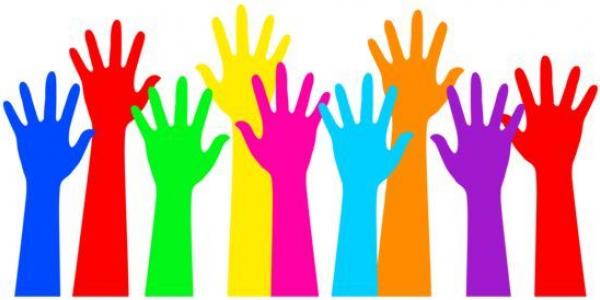 3 ways leaders can create a greater sense of psychological safety in the workplace.

Psychological safety is a term used to describe a work team culture where people feel safe to express themselves fully, offer their ideas and suggestions, admit mistakes, and take personal and professional risks in service to the mission of the team. The psychological safety status of a team can be assessed by asking members of the team how safe they perceive it is to be vulnerable with their work team. While levels of trust can vary between any two members of a team, the perception of a team’s level of psychological safety is usually shared by most team members.

The team’s collective sense of safety is developed through the group learning together what the consequences are related to specific behaviors like: bringing an error to the attention of the supervisor; offering a dissenting opinion; and admitting you made a mistake. If a team member that experiences a failure is harshly criticized and publicly demeaned, the other team members who witness this treatment may decide: “On this team it is not ok to fail or make a mistake.” Over time, team members are socialized to group norms around risk taking, and then existing members teach these norms to new members as they come into the group. This can create a culture of group think, disengagement, and a collective unwillingness to speak up even if something dangerous or unethical is occurring.

If on the other hand, the failure is met with calm, clarity, and an invitation to learn from the mistake, the team members that witness this interaction will likely develop a strong sense of safety and co-create an environment of openness, respect, trust, interdependence, and the ability to fail forward and fail fast.

On a team that lacks psychological safety innovation becomes stifled as people become unwilling to share new ideas and take chances. This may harden into a core belief that it is easier to just come to the meeting, keep your head down and your mouth shut. While this self-protection strategy might reduce the risk of being called out, ridiculed, or rejected it also makes work less interesting, fun, effective, and dynamic. This can cause individuals to lose interest and shut down in ways that can lead to job dissatisfaction and/or depression. Multiple members operating in self-protection mode may lead to the work team being less efficient, effective, innovative and responsive to the needs of their customers. These are the kind of teams that have high turnover as people often leave their jobs based on factors such as leadership dissatisfaction and oppressive work team culture.

According to Dr. Amy Edmondson from Harvard Business School’s Institute for Healthcare Improvement, there are three ways leaders can help to create psychological safety in the work place.

1. Framing the work – this involves the leader taking the time to “add meaning to the work” and make it clear to the team how their work is connected to the mission/values of the organization. Leaders can help the team embrace the importance and uncertainty of the work thus fostering greater openness, risk taking, and enhancing team work. This also sets the stage for increased empathy regarding the experience of failure.

2. Model fallibility and invite input – this is when leaders take specific opportunities to communicate to the team that they (the leader) know they are human and fallible like all people and may themselves make a mistake. The leader can also demonstrate openness to and desire for input. One example of this type of communication is “I may miss something, I will need your help to avoid mistakes.”

Leaders are encouraged to connect with team members personally and solicit input, feedback, and perspectives in a very direct and engaging manner. Dr. Edmondson suggests when team members are consistently asked for their opinion it lowers the psychological costs of speaking up and extends an invitation for members to show up fully and actively contribute to the work of the team.

3. Embrace the messengers – when people speak up, take risks, offer suggestions leaders should thank them, acknowledge them and appreciate their willingness to contribute. Leaders should routinely make taking risks a positive experience rather than something a team member would seek to avoid.

While these leader behaviors may seem simple, there are many organizational contexts where they are not common practice. The formal leaders of any team have a tremendous amount of influence on the psychological safety of the team. Informal leaders and every team member also contributes to or detracts from the overall level of pyschological safety the team experiences.   If a critical mass of team members join the leaders in embracing these engagement enhancing behaviors, you can begin to move your team towards greater health and success.

Learn more about how to cultivate psychological safety within your work team by visiting our emotional wellness resource section or make an appointment with an Emotional Wellness Consultant from the MSU Health4U Program.

The Basic Building Blocks of Empathy

Empathy is not something we either have or don't have. Empathy is a skill we can develop that can help us show up for other people when they are having a hard time.

Today happens to be World Mental Health Day, and it turns out that MSU offers a wide range of accessible programs and services that can help improve your mental health. So, why not take care of yourself and try one today?

Tips for supporting your emotional well-being during stressful times