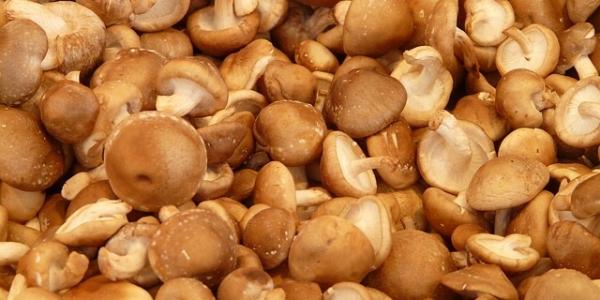 Heat olive oil in a nonstick sauté pan over med-high heat and then add mushrooms; sauté about 3 minutes. Deglaze pan with white wine and then stir in roasted garlic.

Reduce heat to med-low; cover and cook until mushrooms are tender, stirring occasionally, about 3–5 minutes. Mix in parsley and 1 tablespoon of the thyme and reserve, keeping warm. Melt butter in large nonstick sauté pan or sauce pan over med heat. Add onion, carrot and celery and sauté about 5 minutes. Add barley and 1 cup warm chicken stock; bring mixture to boil. Reduce heat and simmer until most of the stock is absorbed, stirring frequently, about 5–7 minutes.

Add remaining stock 1/2 cup at a time, allowing stock to be absorbed before adding more and stirring frequently until barley is tender. After almost all of the liquid is absorbed, stir in the remainder of the fresh thyme. Mix reserved sautéed mushroom mixture in with the barley risotto and then season with salt and pepper as needed. Serve immediately using the sliced green onions as a garnish.

There’s a fungus among us in the culinary world. Chefs affectionately call it the mushroom.

Mushrooms are not true plants, but rather are fungi — technically, the fruit of fungi. While plants harvest energy from sunlight, fungi are void of chlorophyll and recycle energy from other living things. Shiitake (she-TAH-kay) mushrooms are no exception. In nature, these large brown or black mushrooms grow on wood or other coarse cellulose material.

Shiitake growers use hardwood logs to produce the mushrooms, which arrive in your local market clean and require only to be wiped with a damp cloth before cooking.

Relative newcomers to the fresh produce market, shiitake have long been available as Japanese or Chinese dried mushrooms. The dried versions will add a more unique shiitake flavor to your dish. The very act of drying and rehydrating develops lots of lenthionine, a unique molecule created by enzymes in shiitake tissue. Lenthionine is responsible for the meaty aroma and flavor for which shiitake are known.

To rapidly reconstitute dried shiitake, put them in a small bowl, cover with water and microwave on high for 30 seconds, then allow to steep for five minutes. The soaking water may have bits of dirt from the mushrooms but it is worth saving. Strain it through two thicknesses of paper towel before using it in a savory dish as a substitute for the broth or water.

Whether fresh or dried, shiitake stems are too tough to eat. Cut off the stems with scissors or a knife. To get the most out of your shiitake, use the stems when making vegetable stock.

Mushrooms lend their essence to many foods, including rice, pasta dishes, stews, soups, sandwich fillings and omelets. But when asked, “What’s for dinner,” refrain from answering, “Fungi!”