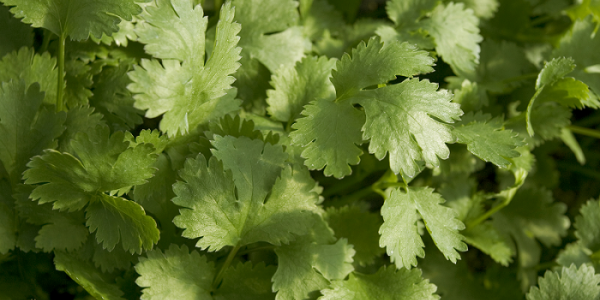 Remove dry outer husk from tomatillos. Wash tomatillos three times to remove residue from the fruit’s surface. Remove stems from jalapeño peppers (the heat is in the ribs and seeds; if you want less heat, remove the ribs and/or some of the seeds).

Place tomatillos, jalapeño peppers, garlic, onion and cumin in blender container or bowl if using an immersion blender. Blend just until sauce is smooth. Do not over blend; ground tomatillo seeds will make the sauce thick and pasty rather than smooth and shiny.

Heat oil in stockpot over medium heat. Pour in salsa and simmer for about 10 minutes. Cool.

Transfer salsa to blender container or bowl if using immersion blender. Add the cilantro and ½ teaspoon salt. Blend until cilantro is minced. Taste and add more salt as desired.

Chill for 1 hour before serving. Serve with grilled meat or fish, Mexican dishes or simply as a dip for tortilla chips. Store in refrigerator for up to 5 days. Return to room temperature before serving.

Love it or hate it. Without a doubt, cilantro is as polarizing as an herb can be. While most of the world can’t get enough of its clean, bright, citrusy flavor, some say it smells like soap (or worse). It is rarely found in Mediterranean and European cuisine suggesting some genetic link to how the aroma is perceived.

Cilantro, coriander and Chinese parsley are all names for the same fresh herb from the carrot family. In the U.S., the term coriander usually is reserved for the spice made from the dried seeds of the plant.

Cilantro has a tender green leaf shaped like flat leaf parsley. Side by side in the grocery store, it’s hard to tell the difference until you take a whiff and detect cilantro’s distinctive aroma. A good bunch of cilantro will have bright, evenly-colored green leaves with no signs of yellowing or wilting.

When you get it home, wrap the stems in damp paper towel and place the bunch in a plastic bag in the refrigerator. When you’re ready to use it, wash the amount you need by gently swishing in clear water. Repeat once or twice until the water remains clear. Dry by using a lettuce spinner or blotting with a kitchen towel or paper towel.

Cilantro stems have the same great flavor as the leaves although more intense. Unlike parsley whose stems may be bitter, you can use the whole bunch of cilantro. After washing and drying, place the pile of stems and leaves on the cutting board; using a chef’s knife, rock the knife blade back and forth until the cilantro is cut evenly to the desired chop or mince.

The flavor of cilantro is destroyed quickly when heated. That’s why cilantro is best in uncooked preparations or added at the end in cooked dishes.